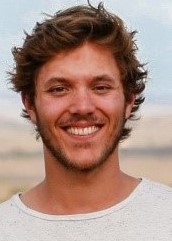 After graduating from his BSc. studies in physiotherapy at the Zurich University of Applied Sciences, Reto first worked in different clinical settings both in Switzerland and South Africa, before he decided to continue his studies with an spMSc degree in Experimental Biomedical Research at the University of Fribourg. For his master thesis project, Reto joined the group of Prof. Marco R. Celio to investigate the functional involvement of the lateral hypothalamic ParvafoxFoxb1 nucleus in cardiorespiratory control and in defensive behaviors. After obtaining his spMSc degree, Reto moved on to join the group of Prof. Tommaso Patriarchi (University of Zurich) for two years, where he work on the development of genetically-encoded GPCR-based fluorescent neuropeptide sensors and other related protein engineering projects. In April 2022, Reto joint the Stoeckli Lab for his PhD studies to investigate the role of ciliopathy-related candidate genes in the development of the cerebellum, as well as to investigate the role of calcium dependent secretion activator (CAPS) genes in axon path finding and neurodevelopment.
When not in the lab, Reto likes to play baseball, cycle, ride his motorbike or to spend time hiking in the Swiss Alps.