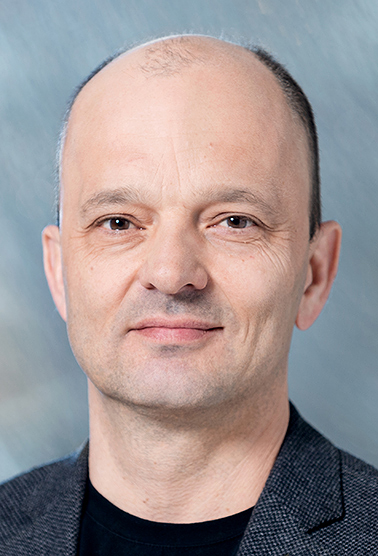 Between 1994 - 1998, he performed his research thesis in Molecular Cytogenetics in the group of Peter Lichter at the German Cancer Research Center (DKFZ) Heidelberg, on the genomic analysis of malignant lymphomas, in the context of a multi-center clinical trial. He received his doctorate of the Medical Faculty of the Ruprecht-Karls Universität Heidelberg in 1999.

While working as an attending physician in Hematology & Oncology at Heidelberg University Hospital between 1998 and the end of 2000, Dr. Baudis pursued research projects in molecular cytogenetics and biology of hematologic neoplasias, and started to collect genomic profiling data from Comparative Genomic Hybridization (CGH) experiments.

In January 2000, he began a postdoctoral research project at Stanford University, in the group of Prof. Michael Cleary (Department of Pathology) with focus on the functional characterisation of E2A-HLF and E2A-PBX1 fusion genes in acute lymphoblastic leukemias, using in vitro cell line models with inducible constructs and array based gene expression analysis as well as murine essays. This work was extended during the following faculty position at the University of Florida.

Already during his thesis at the DKFZ, Michael became interested in the systematic collection of genome screening data, then from the CGH experiments performed at the Lichter lab. Supported by an internal grant from the University of Heidelberg's Medical School, he was able to create a database of original and publication derived genomic copy number data from malignant lymphomas.

The website of the progenetix.net molecular cancer cytogenetics website was launched in early 2001, accompanied by a publication in Bioinformatics.

Following a brief stay at the RWTH Aachen (Human Genetics; 2006-2007), since August 2007 Michael has been a group leader and Professor of Bionformatics (2015) at the Institute of Molecular Life Sciences of the University of Zürich, as well as associated with the Swiss Institute of Bioinformatics SIB.

The work of his Computational Oncogenomics group is centered on the comparative analysis of genomic profiling data in cancer, with a focus on somatic copy number variations (CNV, CNA). With the Progenetix and arrayMap repositories, the group provides some of the largest reference resources of curated genomic profiling and associated metadata covering the majority of cancer types.

Apart from the analysis of cancer genome data, in recent years Michael has been involved in efforts to facilitate the access to genomic data for research on a global scale.

Since its founding in 2014, Michael has been a member of the Global Alliance for Genomics and Health GA4GH, currently serving in the steering committee and as co-lead of its "Discovery" workstream. Related to the work in the Global Alliance, Michael also co-chairs the ELIXIR Beacon project, which develops APIs to query genomic data collections in a privacy-protecting manner.

Here, the main focus on the group is in prototyping protocol extensions with demonstrator implementation in the Beacon+ project, connected to the Progenetix and arrayMap repositories.

In the Swiss context, Michael has been involved in advising the Swiss Personalized Health Network (SPHN) initiative and currently leads its "Bioinformatics and Data Analytics" working group.